Our team of savvy storytellers and media matchmakers will identify the most impactful outlets to reach your audience where they’re reading, watching, and listening for news and inspiration. 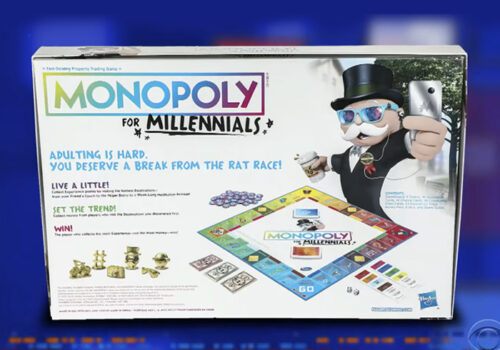 Hasbro was looking to shake up Game Night by adding hilarious ‘adult’ twists to its stable of classic games with new introductions of Monopoly: Millennials, Clue: What Happened Last Night? Lost in Vegas, and Game of Life: Quarter Life Crisis.  Our challenge was to create buzz and excitement for the retail launch.

In order to reach the right audience, we had to put the games into the hands of targeted media, influencers, and celebrities to help spread the word with adults that their favorite childhood games had grown up.  Tapping into the pop culture newsworthiness of the games themselves, we were able to highlight the humor and fun of these new twists on classic game play.

We definitely had the last laugh, generating more than one billion earned media impressions in just a few short months.  We secured organic national broadcast coverage on Live! With Kelly and Ryan, Today Show, The Tonight Show starring Jimmy Fallon, The Late Show with Stephen Colbert, and The Late Late Show with James Corden.

The Trick to Making Seasonal Campaigns a Real Treat

Carter’s, the #1 brand in children’s apparel, was looking to create excitement and drive sales for its Halloween costume collection. Key to success was increasing awareness for the company’s seasonal line and inserting the brand into the annual holiday conversation.

Our strategic product publicity program delivered the news about Carter’s Halloween collection to parents just when they were looking for – and purchasing  – costumes. Our thoughtful approach focused on the media we knew our target audience was consuming, including parenting, pop culture, and general news outlets. Our outreach included personalized pitches complete with product information and samples, packaged with unique story angles tied to the individual costumes themselves.

Our outreach successfully placed Carter’s in the seasonal spotlight and created a burst of product focused news timed to Halloween – both leading up to and on the holiday – resulting in over 242 million impressions with coverage featured in top-tier outlets such as People, Good Housekeeping, Yahoo!, E!, Romper, and more. 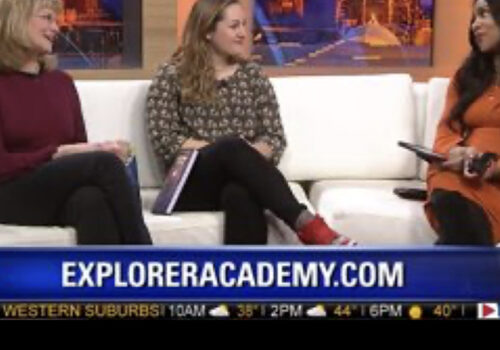 After the launch of National Geographic Kids Books’ first ever fiction series, Explorer Academy, the team tasked LPR with driving buzz and media coverage for the second book in the series, The Falcon’s Feather. Recognizing that relevant media had already covered the series launch, we needed to find a way to identify new and creative ‘hooks’ in order to re-engage and excite press.

We knew a simple announcement of the second book in a series wouldn’t suffice, so in order to reignite interest with national press, we teased out fun and unique angles and assets specific to The Falcon’s Feather  to select media. Ahead of the publication date, we offered Collider the chance to exclusively reveal ‘behind the scenes’ illustrations from the new book along with an exclusive interview with the series’ illustrator. We also amped up our visual content offerings, and worked with Romper to reveal the trailer for the second book and the cover of the third book to make the piece more engaging and exciting for readers.

To generate buzz for the author’s book tour, we offered unique video content, author Q&As, book giveaways, and live interviews with a real-life National Geographic Explorer to local media stations and publications across the country. We also worked with the Explorer to relate her real-life experiences back to The Falcon’s Feather in order to create an enticing and relevant interview for press.

You don’t always get a second bite at the apple, however as a result of our creative approach, the campaign resulted in 28 million total media impressions across broadcast, online news, and parenting outlets including Collider. Romper, Red Tricycle, FOX Chicago, CBS Minnesota, and more. 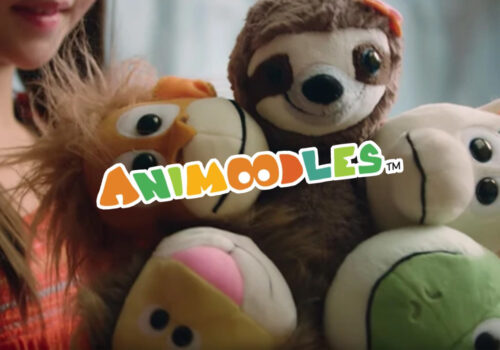 Funded by a Kickstarter success, Animoodles came to us to help position its line of innovative, collectible plush toys as a ‘must have’ as it headed into its first holiday retail season.

We needed to show media and influencers –and ultimately consumers –that Animoodles were no ordinary stuffed animal but rather magnetic, mix-and-make plush that combines both creativity and compassion. To establish a solid foundation ahead of the holidays, we leveraged the founders’ impressive Silicon Valley background and the product’s innovation to secure in-person interviews for the Animoodle steam with industry and parenting media experts. To continue to build the buzz, we put Animoodles into the hands of targeted media and brand relevant influencers.

Our campaign generated more than 200 million media impressions with Animoodles featured in coveted holiday gift guides including People, Forbes, Yahoo! and US Weekly. Through our efforts Animoodles was also recognized with a number of award nominations and wins from Kotaku, The Toy Insider, and Creative Child Magazine. As a result of the holiday buzz, Animoodles sold out two weeks before Christmas on Amazon and Nordstrom.com along with several Nordstrom locations 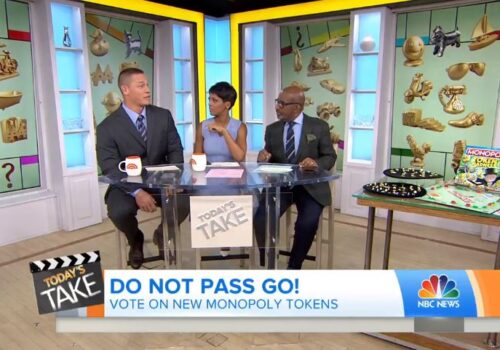 Rallying Consumers, Press, and Brands to Shape the Fate of an Iconic Game

As Monopoly planned the launch of a new take on its classic game, the Monopoly Token Madness Edition, fans around the world were invited to hand pick all eight tokens to become the new “classic” pieces on the board for years to come. The historic vote left the fate of the iconic tokens, including the Scottie dog, top hat, car, cat, and more, in the hands of consumers across the globe, giving them the ultimate power to choose which traditional tokens would remain or be removed from the beloved Hasbro game.Our challenge was to drive votes and develop a media strategy that would sustain coverage throughout the three-month campaign.

To generate awareness, excitement, and ongoing engagement, LPR strategically identified and released information at three key moments during the voting period. First, we built anticipation by releasing embargoed information about the campaign to a trusted group of top-tier press and influencers-asking each to keep the news safe ahead of an exclusive reveal with the hosts of Today Show. With a widely respected group of journalists and influencers on board and ready to rally behind their tokens of choice, news of the campaign along with passionate pleas from our ‘ambassadors’ activated widespread communities—including media, celebrities, consumers, and brands—to join the conversation across social and vote. To continue the momentum, we announced the first token voted out of the game timed to the largest toy industry event of the year—Toy Fair—resulting in big buzz and continued engagement as fans said goodbye to the beloved Thimble. To close out the campaign, we leveraged World Monopoly Day—the game’s annual ‘holiday’—to reveal the eight winning tokens through yet another exclusive Today Show announcement which was further supported by embargoed pitching.

From January throughMarch, the Monopoly news made its way into nearly every U.S. media outlet via 4,000+ unique placements–including three exclusive announcements onToday Show, a front page feature in the Wall Street Journal, a leading story onUSA Today’s homepage, a classic quiz on Buzz Feed, and countless more—causing a media and fan frenzy throughout the course of the campaign. With more than four million votes cast, and nearly six billion media impressions garnered, the campaign was a tremendous success and empowered fans across the globe to make a lasting mark on their favorite childhood game. We’re proud to announce that the winners of the Monopoly Token Madness vote—the Scottie dog, top hat, car, t-rex, rubber ducky, and penguin—can still be found on the board today.